This well organised spring race was held for the second time after a big success last year. However, its popularity meant that word had spread and the entry for this year’s event closed within just 20 minutes of being online!

Fellow Namban Rengo members, Morioka-san, Kei Takahashi-san and Yuiichi-san were lucky to get in. Also, Mori-san’s coworker’s, Mami-san and Kyohei-san also entered successfully. It was the second time to run this race for me, and I had good memories about the event from last year.

The pre-race
This year, it was a bit colder in the morning than compared to last year. The start was early for a Japanese race at 8am, but fortunately easily accessible as Nerima is located on the Oedo Metro line, just north west of Tokyo.

In the blocks about 20 minutes prior to the gun start, we heard speeches from famous professional guest runners, Mari Tanigawa , Yuki Kawauchi (he seems to be everywhere, right? It was my second encounter in three weeks: as if he is choosing the same races as me) and Kaori Yoshida.

The course had changed from the previous year, the start line too, which was now located inside the park, rather than outside. Also, I guess the organisers wished to block fewer main roads, so the course went down a side road along a canal for about 3km each way, which was another change from 2015. I was a little bit annoyed by the ‘additional’ mileage they added in the course to make up the 21.1km… basically at the u-turn point, it led into a small dirt oval, where they put cone markers and made us run in a “S” shaped loop.
It was also less flat than I remember last year, as towards the end the course ran over two ramped foot bridges.

That said, a great strength of this race is the phenomenal crowd support! For such a small event (approx 5500 participants), there was a good show of spectators, especially as you enter the park. It may well have certainly helped if you were struggling for motivation.

As for my run, I had run a full marathon just two weeks prior, but was feeling good. No detectable muscle fatigue (the day before the race at least) and generally feeling positive. I had ambitions to run a sub 80 minute half marathon (1h20m) but maybe this was too ambitious as my previous PB was 1h22m29s at a windy Toda HM course in Nov 2014 – some 15 months ago.

Anyway, as I have learnt from others, failing to plan is planning to fail, so I decided to set a pace and plan. To get a 80 min HM time it is best to add contingency and go for 79 mins, which is 3m45s/km pace.

Depending on crowds, realistic perhaps for the first 10 k or so, but certainly unchartered waters for the final part.

Surprisingly, I managed to nail the 10km target split to the exact second. However, after 10km I realised other opposing factors: the course went via two underpasses then the aforementioned foot bridges. I had entered painville, and could not keep the even pace I had set. The cheers of the crowd did helped to shake some of some of the discomfort but it was still a battle.

I was glad to see the finish, the 80 min dream will have to wait for another day. The de rigueur onsen and beer was bliss.
Comparing this HM race to the full marathon, due to the increased average pace, added with gentle inclines at the faster speed, and the lack of room for error (there is no time to slack off), I found this race to be tougher than the full marathon!

Overall a very good day out and an unexpected PB, cutting 40 seconds off my time from some 15 months ago.
Marginal gains as they say…
The race also marked my 21st half marathon, my first being RunMelbourne in 2008 -which was 1h45m25s.

Videos
For a non-major event, the race was professionally shot and compiled on youtube!

Smiling Kaori Yoshida-san looking like she was not even trying, yet achieving a superb 73min 3sec time and first placing out of the females. In the interview, she says she is in training mode for 2017 athletics championships.
https://youtu.be/tChMDDayLYE?t=1h42m37s

… and somehow my finish was captured around here:
https://youtu.be/tChMDDayLYE?t=1h51m40s 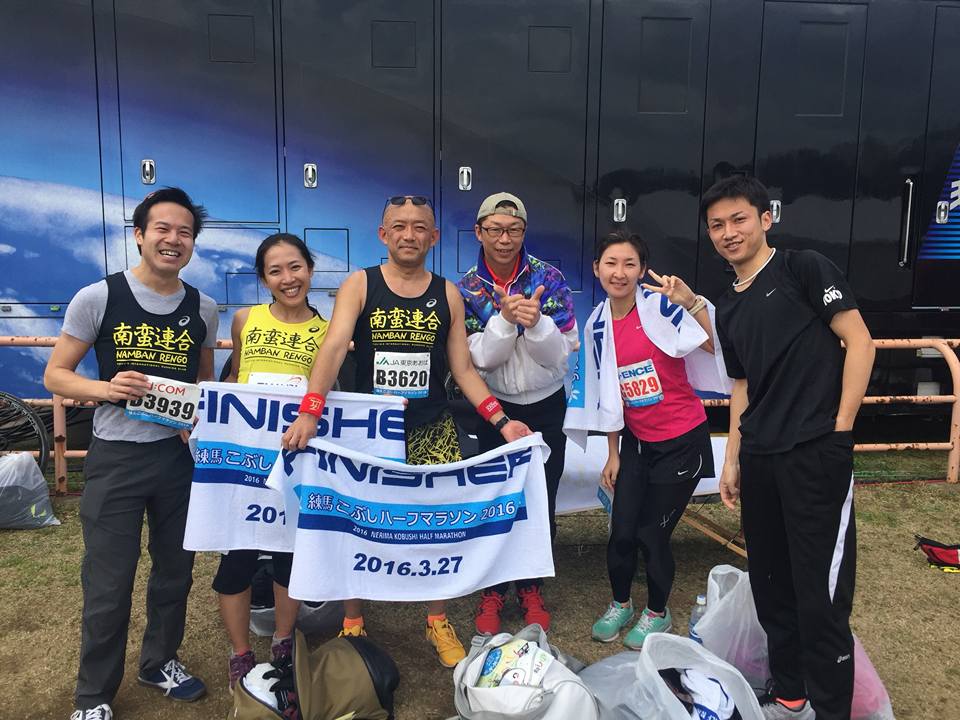