The uncanny rhythm of a trotting horse outside. Well, that was what it sounded like as we feasted upon fresh vegetables, sumptuous seafood and delicious local produce in the large 150 year old traditional Japanese house. Except our ears had been playing tricks on us. There was no horse. The ‘trot’ was just the pulsating sound of endless rain from the upper tiles dropping onto the lower roof. The rain and wind had started in the morning and made our ferry trip across the Japan Sea to this remote island of Okinoshima, rough and rather sombre.

The journey, as they say, is the part of the experience. And this was proving true, with the logistics of coordinating 8 enthusiastic runners from Tokyo to the other side of Japan via plane, and then onto a morning ferry to Okinoshima. It was somewhat of a revelation that the preparation went more or less to plan. We were lucky to have chosen this plane/ferry route, as flights to the island were cancelled due to the bad weather.

The ferry was congested with passengers though, and the inclement sea pounded the hull of the ferry, spraying sea water onto the deck and testing the stomachs of all those on board.

Two and a half hours later, I was happy to set foot on terra firma once more, finally reaching Okinoshima. With unique geological characteristics, Okinoshima was formed an estimated 6 million years ago through volcanic activity. Today, it is now a designated UNESCO Global Geopark about 15,000 people live on the larger main island called Dogo. The islands have an interesting history, including to be known for a place where nobles and academics were sentenced to exile many years ago. 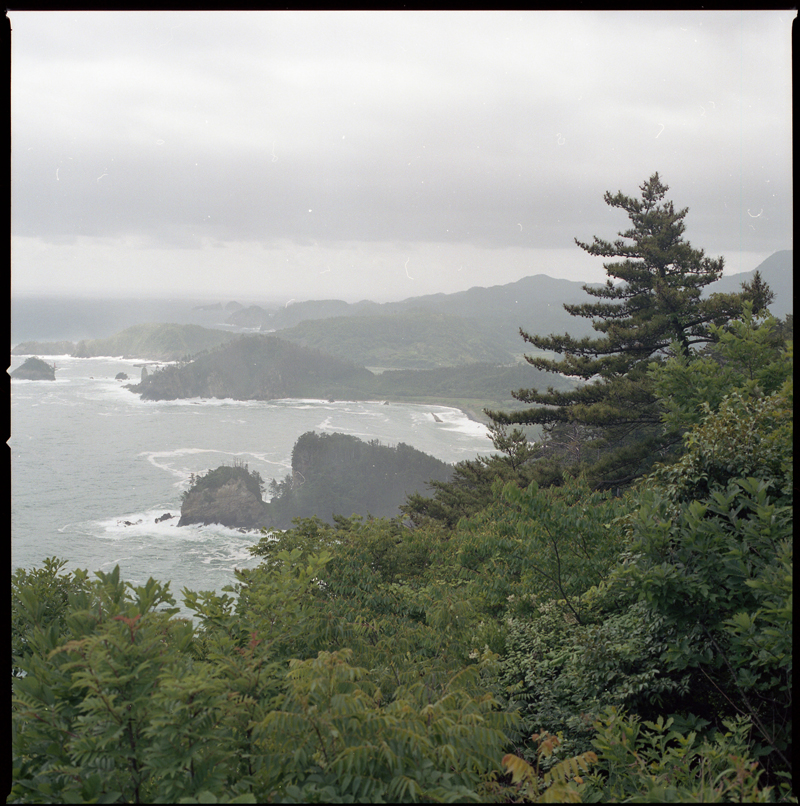 We were greeted by a young couple, Aki and Asami, the owners of our accommodation, who moved to the island from Tokyo/Yokohama only a few years ago. Which is an unusual move and positive for the island, since Okinoshima, like many rural areas of Japan, are slowly declining in population and aging in average age. They extended their warm welcome by picking us up at the ferry terminal, taking us to the race registration on the way to the house.
That night, rested and well fed in the accommodation, with more or less everything completed and no other preparation left for Sunday’s ultra marathon. It was a relief to get this far, but then a long course was ahead of us. The continuous rain made most of us a bit anxious.

Three ladies, Faith, Sarah and Yukari decided to do the 100km course, which is one loop around the island. Starting at a very early 5am. Meanwhile, the rest of us, Alan, Yuri, Andrew, Anthony and myself had the luxury of starting much later at 11:30am and running a mere 50km… which was still longer than a full marathon but the shorter option.
Lights out, I was listening to the rain once again whilst thinking about the next day’s run and the horses were galloping through my head.

Race Day
A leisurely awakening, and rather glad to see the morning being overcast, but finally dry. Actually, such a late start was a bit confusing, not sure what to do to prior, keeping everything strenuous to a minimum. We estimated the 100km runners to be coming past our lodging, so cheered them along as they past. 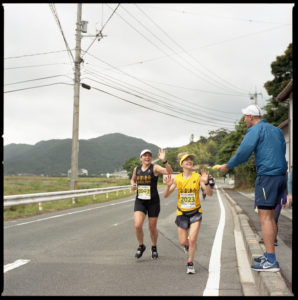 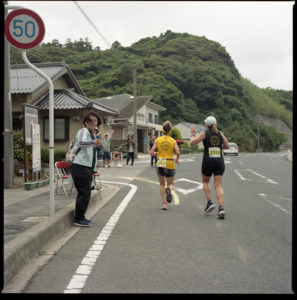 Soon after, we were to depart for our own start line, which was at a large shrine. It had started to rain briefly and the weather could have gone either way. I contemplated to wear a jacket but in the end chose not to, which proved to be the right choice. 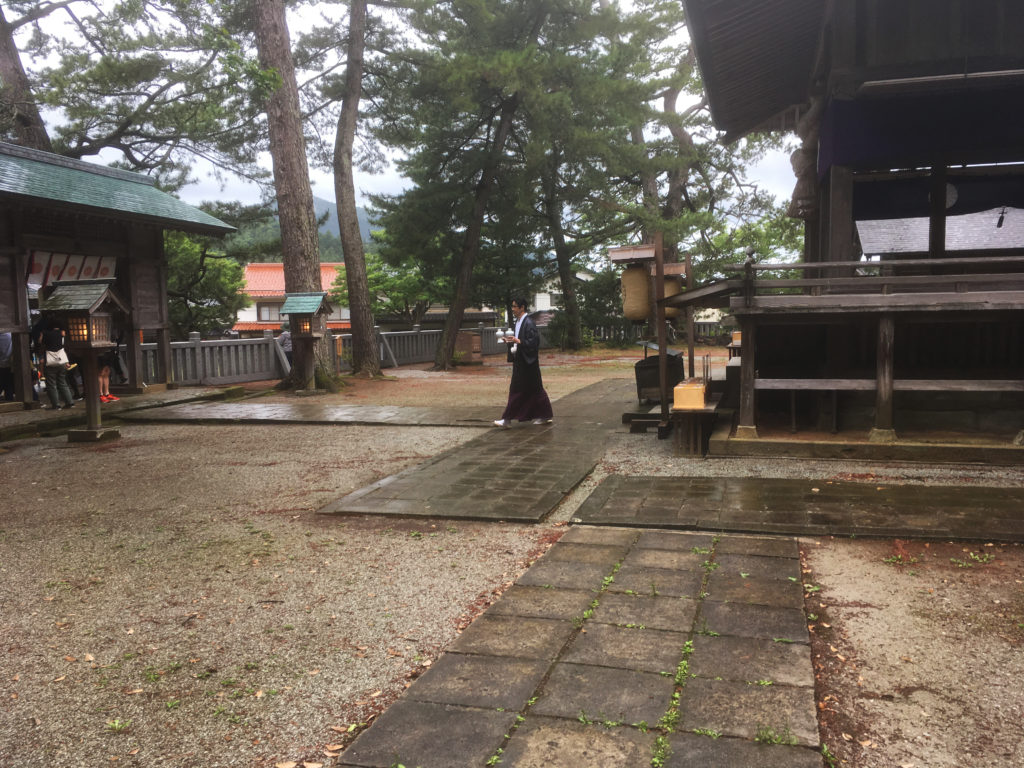 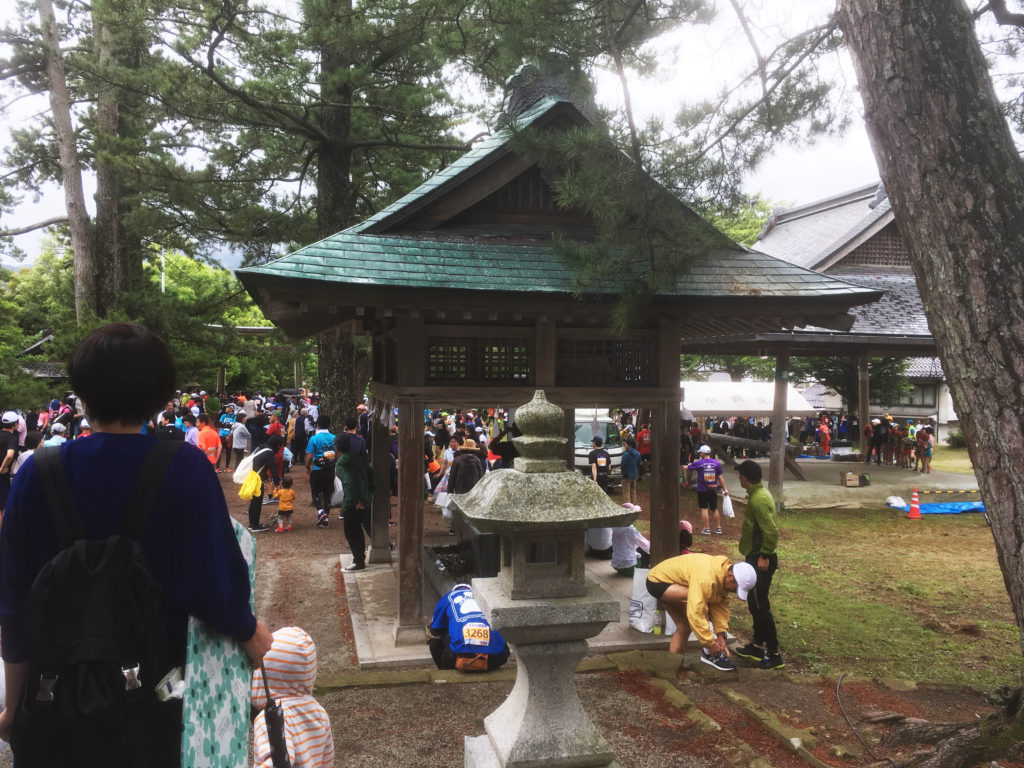 Japanese marathon runner, Yuki Kawauchi, was at the front of the group. It was his 9th time to run this event, an act of support to help promote. Actually, his father was born on this very island. Prior to the starting gun, Kawauchi gave a big wave, a relaxed smile and made a jovial short speech to us.

My preparation for this was minimal but not bad for my standards. In the months prior, I had run totals of 38km in April, 93km in May and 87km for the start of June, most of which were two long 30km runs.
However, with little knowledge about the course, I chose a more conservative pace. There were more hills than expected and thankfully, the temperatures were not very high and the wind was not so strong.
Support from the crowds were amazing. Locals everywhere were cheering and handing out food or drink at random intervals. We ran through some of the most interesting scenery, mostly along the coast, but also through inlets and farming areas. In one memorable scene, I saw a very large cow very near the road, tied with a rope on one end to a pole, the other to a farmer’s small vehicle. I also managed to make a group of locals stand up and shout, when I nearly made a wrong turn because of a confusing race marking.

At 40km mark (for the 50km course), I caught up to Faith and Sarah who had made an incredible distance of 90km. They were both looking incredibly composed at that point, especially considering the tough nature of the terrain and running for over 10 hours continuous! I was surprised to see them running quite freely, as I thought they might be choosing the run/walk method. Very impressive.

It ain’t over til the overtly energetic announcer welcomes you over the finish line
The last section is always the toughest of any race. Every incline felt double in gradient and yet I still had the horse trot noise in my head. I kept on going to the end, where a there was a very energetic announcer greeting each participant at the finish line.
And just like that, it was over.

There was a cold water pool to dip feet in, and a friendly concierge service by young volunteers to get you drinks or snacks whilst you rested the feet which was simply wonderful.
I was pleasantly surprised to be ranked in 8th place for my age group as I felt I was not truly pushing over my limit or in great physical shape, completing the 50km with a time of 4 hours 53 mins. By immense contrast, Yuki Kawauchi was out of this world with a time of 2 hours 49 minutes. Full 2019 results can be viewed here (in Japanese). 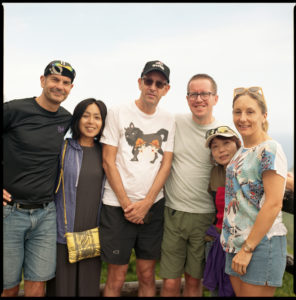 The Regroup and Post Race
We rented cars to get around easier, which was a blessing to keep walking to a minimum and many of us headed straight to the hot spring bath. We regrouped at dinner and energy came back over the hearty meal, even though some of us had been up since 3am that morning! 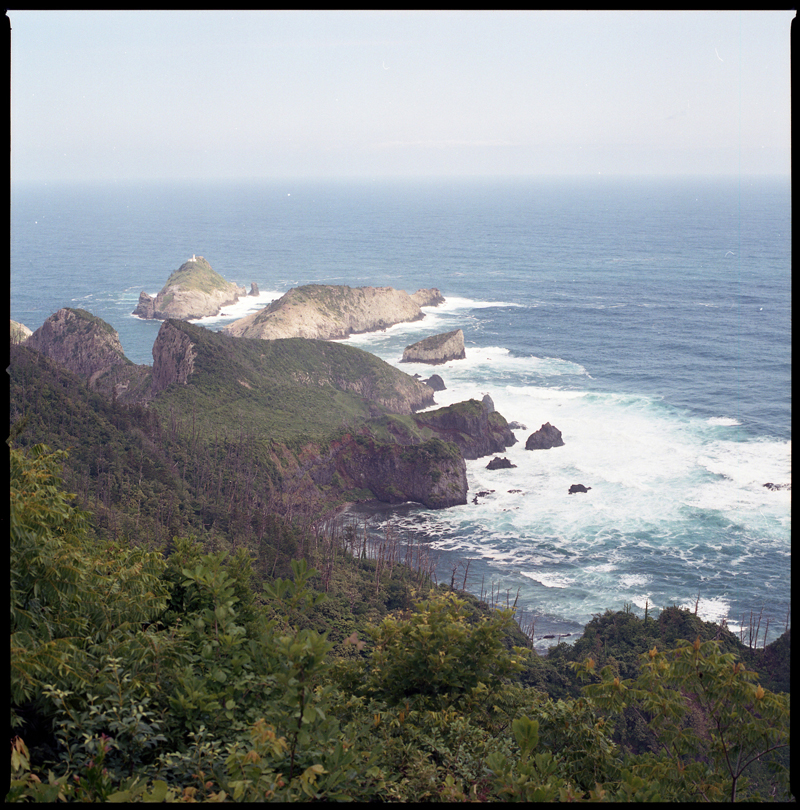 We slept well that night, and had time in the morning to travel around the island. Thanks to Alan’s expert knowledge, we explored interesting coasts, ancient forests, even had lunch in a temple grounds right next to the bull fighting arena. The weather was perfect and forests were thick and completely untamed. One cedar tree was 800 years old. I cannot imagine how the world was that long ago, and it is amazing to be still standing on the remote island to this day. 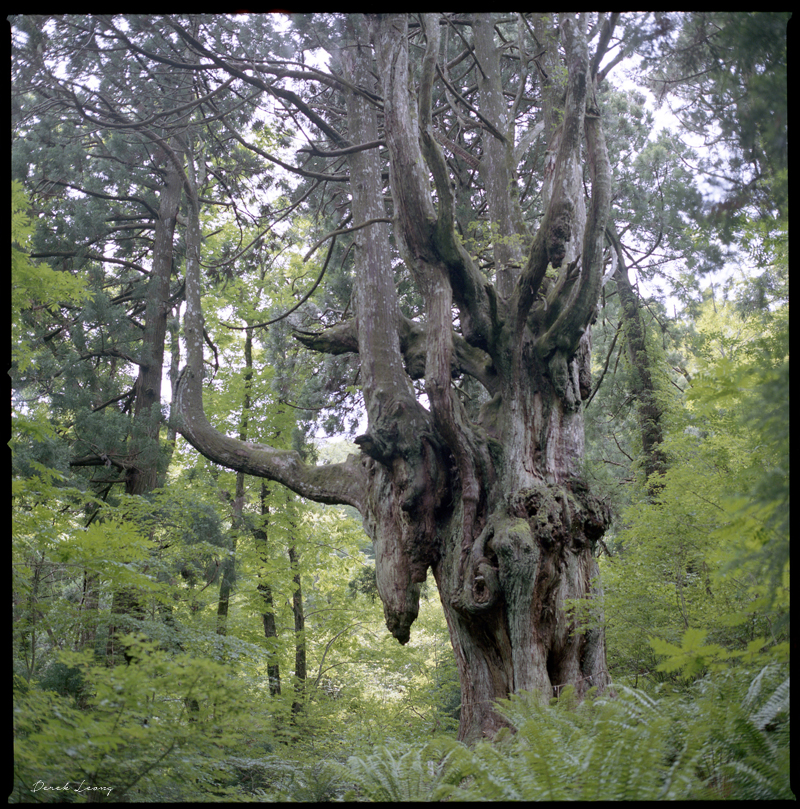 Our ferry back to the mainland had arrived at the port and we were to depart. To our surprise, the two hosts from the lodge, Aki and Asami, even came to wish us our safe departure. Their genuine hospitality showed the endearing spirit of Okinoshima. As you can probably tell by now, this trip was much more than the race, but an adventure which made great memories for all of us. I hope to go back to this wonderful island again sometime. 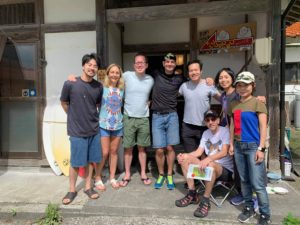 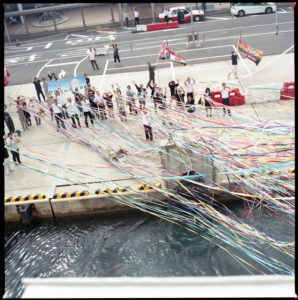 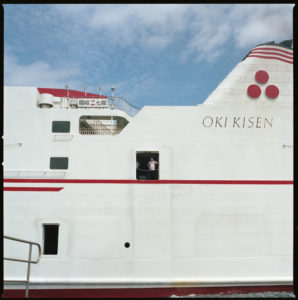