All is uneasily quiet, on a road flat and straight, surrounded by wide farming areas. My mind is calculating, how to maintain a pace which is quick enough but one which won’t see me out of energy down the road. The silence is making me worried. I’ve been in a similar situation before. The silence is often due to a tailwind and as soon as a corner is turned, it is like being punched in the face. The battle begins, being blown away and having to push through the energy-sapping headwind ‘wall’.

Fortunately, I had nothing to worry about. The 2018 Sakae Riverside Half Marathon was held on a calm winter’s day, a bit cold at the start but fine once up and running. The small local event was well organised, located near Narita Airport. Participants could were able to use the town’s auditorium which was nice and heated and had comfortable seats.

Not much to note. Some highlights from the month prior included:
A 30k jog around the Imperial Palace in Tokyo the weekend prior. Running with Namban Rengo on Wednesdays when conditions were favourable. A memorable jog in the thick snow in Tokyo around the Palace. 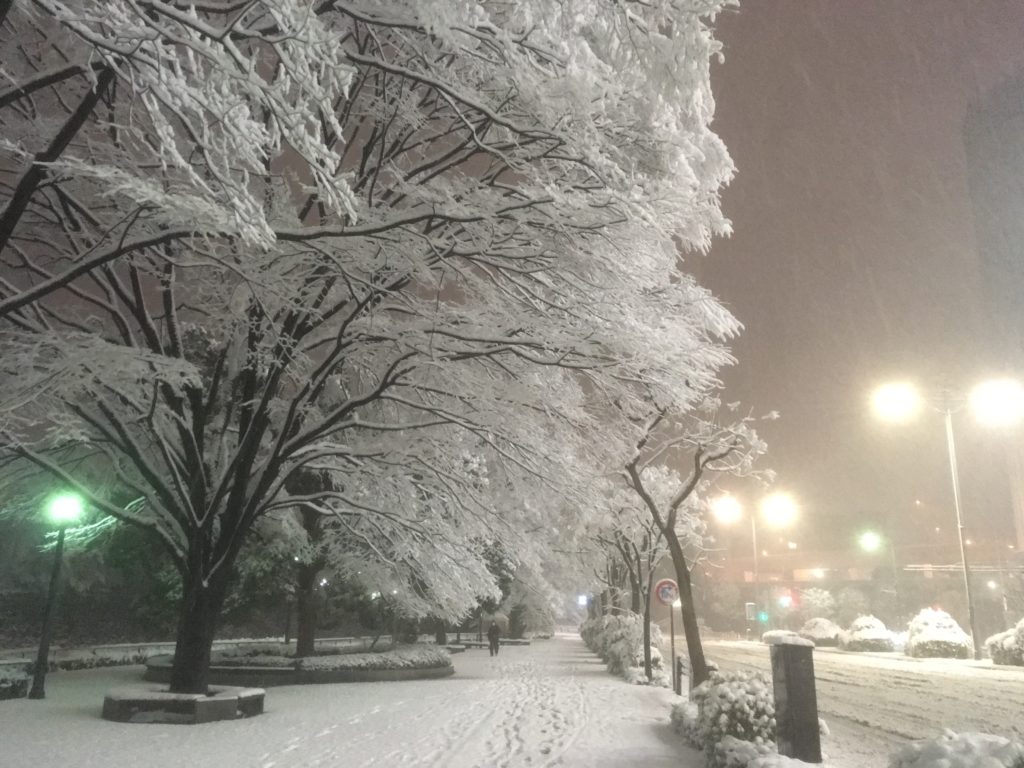 Apparently, Harrisson selected this race purely through calendar availablity and proximity to Tokyo. I figured to enter since my calendar was empty and it had been a while since we both ran a shorter race together. Lately, I’ve been focusing more on… (pause) *gasp* cycling, as I had been feeling quite burnt out with running. Whilst not completely run-free, let’s just say that my run shoes did tend to wear markedly slower than usual.

So the course started off in a rather odd position. The participants were positioned into blocks which were about 200m ahead of the large “START” banner, therefore seemingly as if we were starting ahead? Not sure why that was, but everyone had the same ‘advantage’ whether true or not. For the first 500m or so, Harrisson was seemingly taking it easy, later he mentioned that he felt the cold temperature and never warmed up until around half distance. I was keeping pace conservative, given my lack of training the risk of blowing up was real.

There was a brief steep hill in the first few kilometres, marked as 7% gradient, but it wasn’t long, and on the return there was a more gradiual long downhill runs through the Boso Mura historical village museum.

Completely illogical being a looped course, however I felt there was more downhill in the first half than uphill. After the first half of the course, we went to the flat, open farming area where my worries about the headwind began.

At around this point, I changed my original plan to run 1h27m time to a potential sub 1h25m. My splits were a little faster than I expected, so as long as I didn’t slow down too much, the new time was achievable. Around 18km my legs were getting a little heavy but focused on cadence and just pushed through to a gross time of 1h24m36s.

Harrisson and Celine were waiting and cheering at the finish line, Harrisson finishing in a fast personal best time.

My thoughts on my result are somewhat mixed. On one hand, happy about getting a time well within my vague target was a pleasant surprise. However, not sure how I did that on so few kilometres training… maybe it was the run in the snow which helped. Or maybe I should really stop over-analysing and worrying. Either way, it was fun to be back running again and I think that is the most important thing. 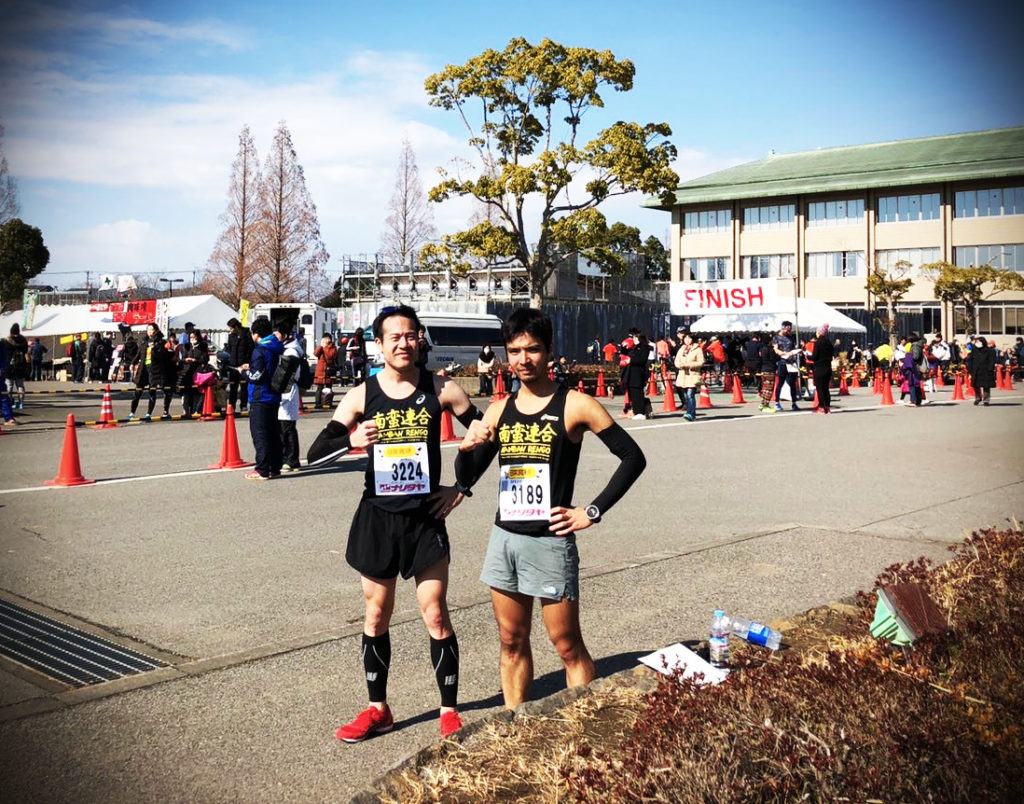 More information can be found about this event on the website below:
http://www.town.sakae.chiba.jp/index.php?code=3249