As part of a new challenge, Derek decided to take part in a small town race in the Japanese countryside. It’s been quite some time since he last ran on trail, here is how his race unfolded. 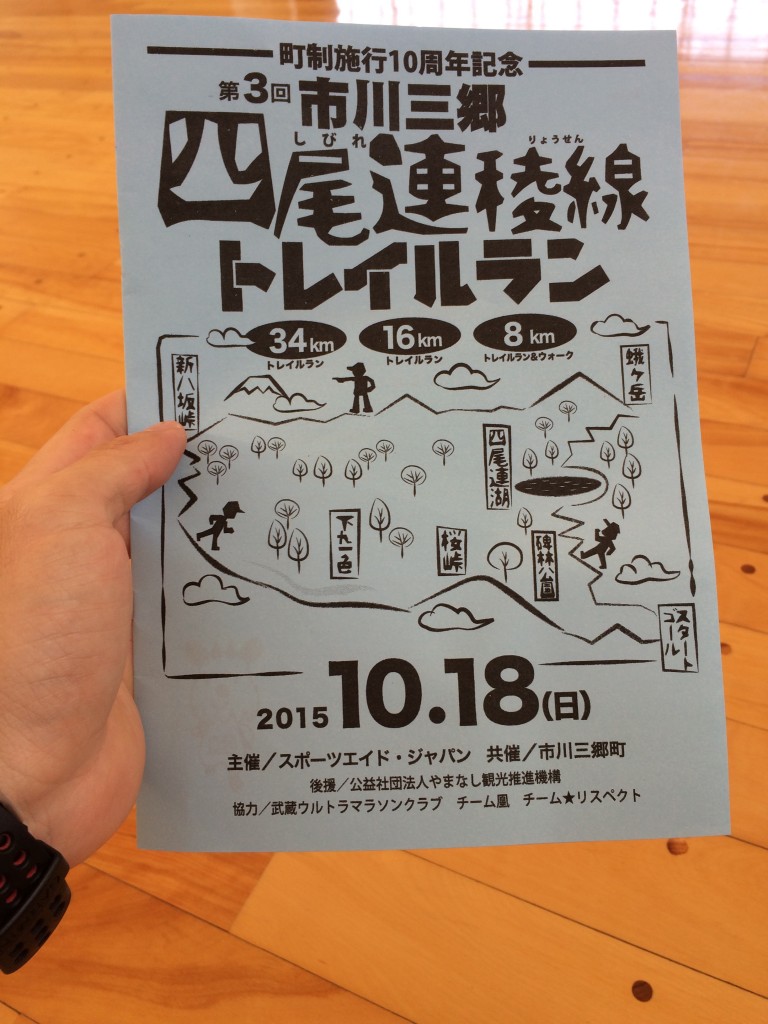 This little event is nestled in Yamanashi prefecture’s Minami-alps ranges, about 45 minutes south of Kofu by train. Actually, I used to live here for about three years some years back, so I know the town very well and one of the reasons for choosing this 34km race.

The race begins in the centre of town, about 200m above sea level, then continues up to the a lake – called Shibireko – which is 1000m above sea level, then continues to the peak of 1244m. The day was a beautiful autumn day, with clear blue skies and the reflection from the lake was mirror perfect. Also the view from the top was stunning, as Mt Fuji was visible from one side and Kofu basin visible from the other.

Stepping back a little, I had a dilemma pre-race. This was concerning footwear. The race was trail, and quite steep, bending and slippery in parts. However, although 34km, it was about 6-7km of road. So, I have trail shoes but these would be really slow on the road. Alternatively I could do road shoes, and just be careful on the downhills. Assuming a dry race, I chose the latter. I felt either way is a compromise. To re-quote from Harrisson’s article, “Life is Never Perfect”. There would be no correct decision.

Back to the race, once at the peak, the downhills began and it was as steep as I had imagined. Wearing running shoes for road, I got quite a few comments from other participants! I accepted them as compliments. But needless to say, this would be a weak spot (read: slow) during the race.

At one point, chased by two other runners downhill, I did slip but grabbed a rope in time just a few centimetres from the edge.

Going down was tough as trying to find grip also meant my leg muscles, particularly calves, were getting tighter, perhaps with nerves and on a few occasions, they seized and I had to stop to stretch them out. Quite painful, but as I may have said before in my Fuji 2015 report, in the middle of the forest, no one hears your yell out loud.

Finally descending, and back on the 5km road section things were getting better slowly. At first, my legs were like jelly running at the higher road pace, a bit like getting off the bicycle and trying to sprint, but slowly, they got into it. I started regaining places. It was all looking good.

Then, there were volunteers out again. Directing us off the road… Oh no! I forgot, this was a trail event. Back to the hard slog up the final hill. Admittedly, it was beautiful up the top, I took this quick snap at the top. 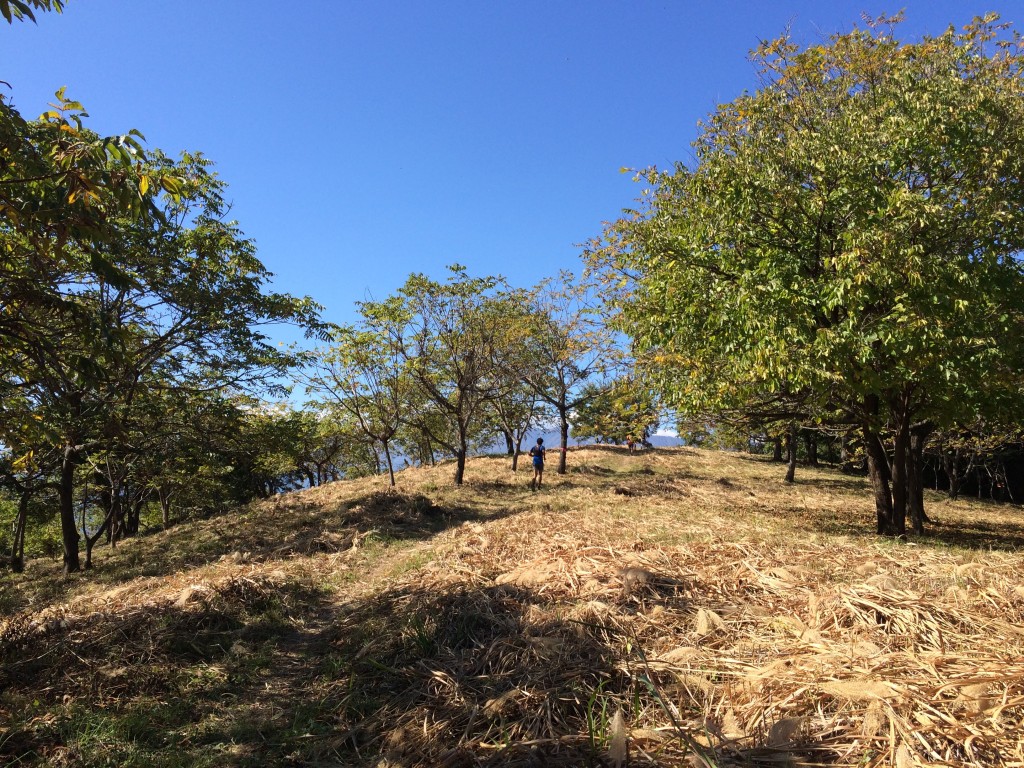 Back down to the town, I was happy to see farmers handing out grapes (the area is well known for grapes) and cheering us along. I was then surprised to see volunteers who I used to work with and some who used to be school kids! It was a fantastic feeling.

Passing the finish, my result was a pleasing 30th for my age category, 58th overall with a gross time of 4 hours 24 mins.
The day was capped off with a relaxing onsen hot spring bath in one of my favourite places in Japan, “Mitama no Yu”. Simply the best views of the Kofu basin, and alps region from the outside bath.